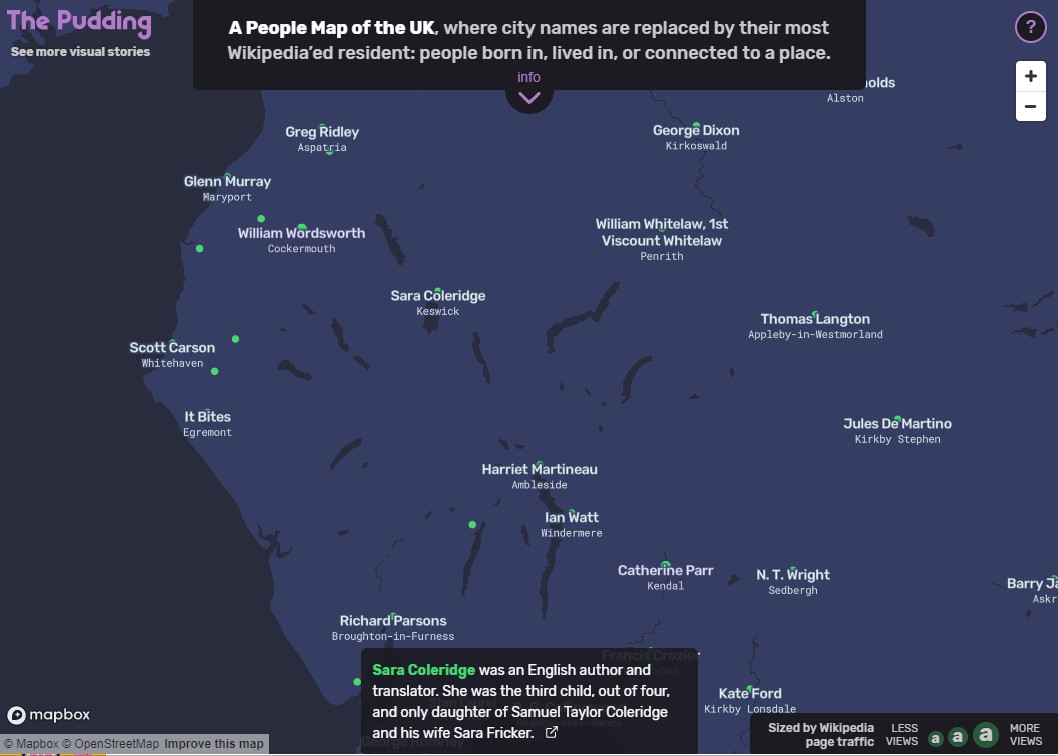 What would a map look like if the places were named after the “famous” people from that locality. That’s kind of what this interactive map is:

A People Map of the UK, where city names are replaced by their most Wikipedia’ed resident: people born in, lived in, or connected to a place.

A People Map of the UK, The Pudding

I have to admit that I hadn’t heard of most of the people attached to the towns and cities near where I live. Perhaps that’s part of the fun of this site, seeing that these people clearly mean something to someone around here. I can’t say that I’v ever heard of the footballer Steven Walsh, I have heard of Les Dawson though: