There have been several Artificial Intelligence (AI) articles over the last couple of days.

A number of these have been commentaries on some research put out by Gartner. The simplified story within the Gartner research is that things that professionals do today will be done by AI at a significantly lower cost at some point in the future. Once that happens those things can be regarded as utilities like electricity. I don’t think that there is any news in this that’s been the general trajectory for some time, the unknown is the speed and nature of that shift. Gartner is going for 2022 by which they are really saying is something like “within around 5 years”.

(One of the things that you need to understand about Gartner is that people listen to them, so when they report something it’s worth taking note even if it’s just to understand where a Gartner reader like CIOs and CTOs may be coming from in the future.)

Interestingly that electricity utility thought is also one of the key points raised by Stowe Boyd in A Q&A with Erica Morphy where he quotes Andrew Ng as saying “AI is the new electricity”.

To further underline that thought both ServiceNow and Grammerly made AI related announcements. ServiceNow are focusing their AI attentions on the automation of work. Grammerly is raising money to help augment our language skills.

Oh, and also, Amazon released another personal assistant based on Alexa, the Echo Show. This time Echo has been given a screen.

“The economics of AI and machine learning will lead to many tasks performed by professionals today becoming low-cost utilities,” said Stephen Prentice, vice president and Gartner Fellow. “AI’s effects on different industries will force the enterprise to adjust its business strategy. Many competitive, high-margin industries will become more like utilities as AI turns complex work into a metered service that the enterprise pays for, like electricity.”

A Q&A with Erica Morphy

“we have to learn to dance with the robots, not to run away from them. But that means we have to develop AI that is dance-withable, and not unrunnable-away-from.”

The four main use cases for ServiceNow’s automation efforts include:

Grammarly raises $110 million in its first ever funding round

The company’s pitch centers on its machine learning capabilities. It claims this technology can dig into the substance of users’ writing in a way that’s not possible with Microsoft Word or other autocorrect programs.

Grammarly says it can advise not only on proper grammatical structure but on tone and word selection as well. 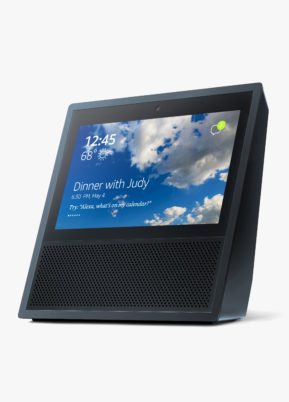