I thought this acronym had gone to the acronym retirement village sitting next to its relative PIM (personal information manager). I thought that PDA was a term only used when talk about the past, but recently someone used it when talking about current technology. This got me thinking, when did we stop talking about PDAs?

I never really got into the Palm Pilot or any of its siblings. I did plenty of fiddling around with them in support of other people using them though. These were the first PDA for most people: I also did some fiddling around in support of HP Jornado devices. Windows CE was such an interesting operating system but it wasn’t that engaging: My first PDA was a Compaq iPaq which is still in the legacy device museum in the garage; it won’t boot and its battery is dead.

I didn’t buy it because, at the time, I was a father of two young children – I won it at a conference. It was such good fun to try to synchronise it with cc:Mail: None of these devices was an out-and-out success and they were all blown sideways by the first iPhone; the iPhone 3 blew them away completely with each one leaving the field soon after its release.

The device that survived for a little while longer were a series of Blackberry devices, my favourite was probably the Blackberry Bold 9000, but I don’t ever remember calling this a PDA: 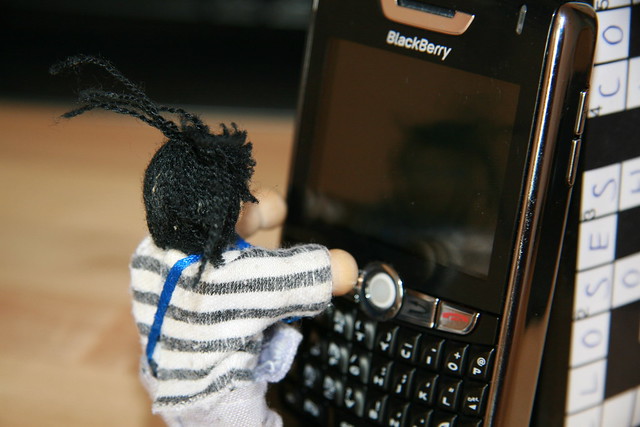 Blackberry had little chance against the iPhone; when Android was purchased and subsequently release by Google it delivered a bullet wound from which it is still on intensive care but is highly unlikely to recover.

I’m currently carrying around both an iPhone 5S and a Samsung Galaxy S4 Mini – I definitely don’t call either of these a PDA. The current smartphones are nearer to the initial vision of the personal digital assistant than anything that has come beforehand, but we’ve moved on. We’ve retired the acronym before it came to fruition, or so I thought? Perhaps we should go retrospective and bring it back?