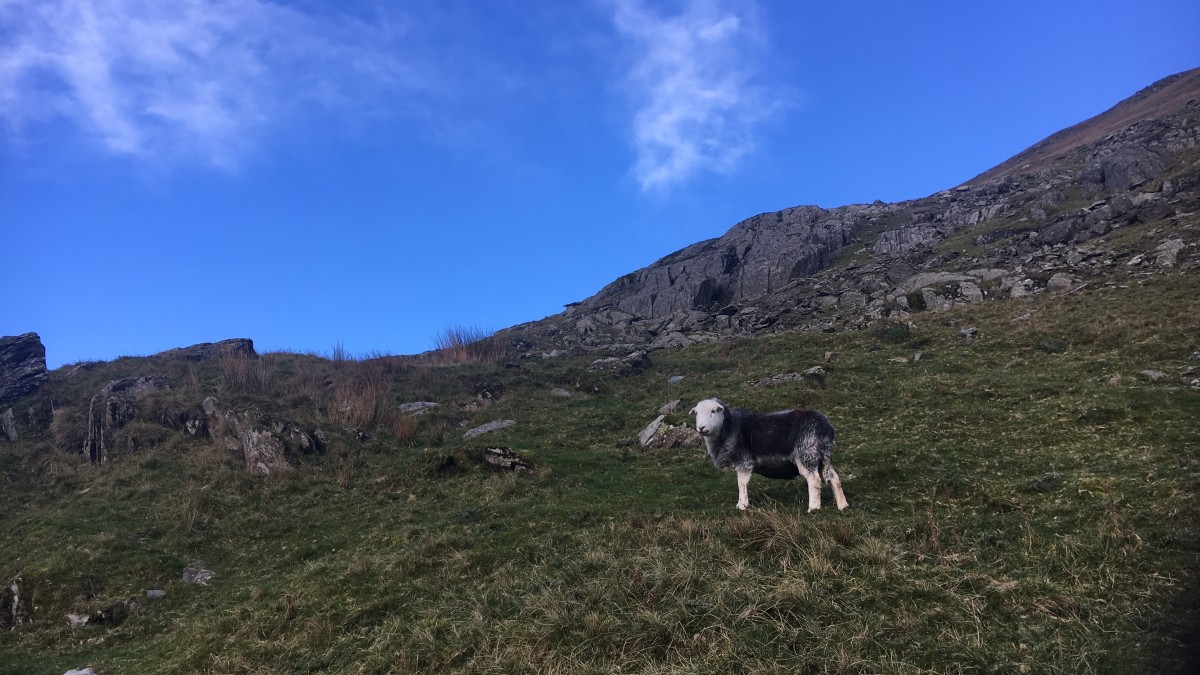 In response to my last blog which revisited the theme of Password Expiry Chris Swan tweeted this:

This got me rethinking about the idea of “hefting”. Let me explain by returning to some words I wrote a little while ago (2016):

I love to walk in the hills of the English Lake District. This area of the country is famous for a particular variety of sheep, the Herdwick, which have been indigenous in this area for over 1,000 years. Almost anywhere you go you’ll encounter sheep – they occupy vast areas of moorland. Have you ever wondered how the farmers know where their sheep are so that they can retrieve them from the hills for winter, for lambing and shearing? The answer to the question is hefting – also known as heafing in this part of the country, but known as many other things across the UK.

I’m no expert on hefting but the way I understand it to work, from a friend who does know, is that when shepherds want to establish a new flock, they take the sheep up onto the moorland where they want them to graze and they constrain them on that land. This is sometimes done with fencing, but is also done by physical shepherding. The flock gets to know where it can, and can’t, go because of the constraints. Eventually the shepherd removes the constraint, but the sheep don’t drift off. They stay where they have been hefted. They’ve learnt to live within their current constraints.

Once a flock has been established within its heft, the shepherd can add new sheep to the flock and they will take on the heft of the rest of the sheep, as long as too many fresh ideas aren’t introduced. The hefting is passed from generation to generation without the need for the constraints to be put back in place. That’s how strong the constraints are in the minds of the rest of the flock.

We’re not dissimilar to sheep. We pick a way of doing things, or a technology, based on what our tribe is doing. Having chosen a technology, we stay with it, we invest in it, and we live within its constraints. We become comfortable in our place of pasture. There used to be a saying:

“No one ever got fired for buying IBM.”

Over time that got replaced with:

“No one ever got fired for buying Microsoft.”

We are rapidly moving to the era of:

“No one ever got fired for buying Amazon Web Services.”

These transitions don’t happen overnight. They take a long time and, for some, they are still being played out. IBM still makes good revenue from mainframe, and Microsoft is still a pretty safe bet. Looking at what they are doing in cloud, they are likely to remain so – but it’s not certain. People become hefted to the technology they and their flock know, both the good parts and the constraints. Technology moves on, but people stay with the flock. Alternative technologies become available, but people stay hefted to what they know. When it comes to technology, though, that’s often a dangerous place to be.

There’s another tradition in English moorland communities – shepherd meets. These are the times when the shepherds from the community get together to trade sheep, show off their best ones and get to have a good time. There’s another reason for these meets, though. This is the time when the shepherds return their neighbour’s sheep. That’s because some sheep are mavericks. They aren’t happy with the place they’ve been hefted and wander off exploring, looking for somewhere better. I’ve certainly been through a number of technology changes in my career. I’ve made the move from one flock to another. Sometimes I saw that the flock I was in was not going well. But I have to admit, at other times, I’ve been pushed. I’ve also, at times, chosen to follow the maverick and found myself in a better place. I’ve also watched some businesses stay too long with their current technology, eventually getting caught out by a change in their market. Where’s your technology hefting? Is it still relevant? Do you know your mavericks? Are they going to a better place? Perhaps you should follow them.

These words were written from the perspective of technical hefting, but process hefting, or process debt, is just as prevalent and is more difficult to move out of. Once you’ve changed technology it’s changed, processes don’t change in the same way because of their human operators. Even for the simplest of processes humans really struggle to switch from one way of doing something to another. Organisations amass thousands of processes, some official, others more ad-hoc, these combine together into a spider’s web of function that define the organisation. The impact of many of these processes is unknown, they are followed because that’s the way things have always been done. As a piece of machinery within the overall mesh of business capability few organisation know which pieces are working well and which pieces need replacing. People have become hefted to their process and moving them out of it is a difficult thing to do.

Header Image: The Herdwick sheep in her environment.

3 thoughts on “Process and Technology “Hefting” – What will it take for you to change?”